We must speak clearly on this, the human body is not designed to be in space, between microgravity, radiation and that there is basically no atmosphere, space is a hostile place for us as a species, which would result in certain death for any human who goes without adequate protection.

The International Space Station is a research laboratory, and crew members conducted research during the week of October 10, including collecting data to support studies of how the human body adapts to space.
Many members of the space station crew participate in these studies, examining the effects that microgravity has on hand-eye coordination. The astronauts carry out these sessions before and after the flight, as well as within the first 15 days, as well as randomly during the flight, to help researchers evaluate how the brain adapts to these conditions.
This study covers long-term effects, such as the ability to regulate grip strength and the trajectory of the upper extremities when manipulating certain objects. Data from this research can identify potential dangers to astronauts as they are seen in microgravity environments, as well as contribute to the design of systems to control rovers, robots, and other tools used to explore planets, moons, and asteroids. 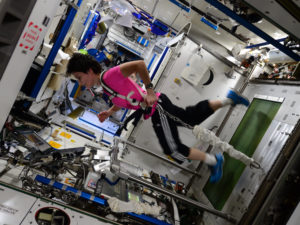 Myotones monitors changes in muscle property during spaceflight, comparing data from pre-flight sessions with data from early in flight. These data could lead to the development of better countermeasures for future space missions, as well as alternative rehabilitation treatments for those who experienced aging and restricted mobility on earth

On the other hand, DynaMoS compares the metabolic interactions in the microbes found on the space station, this will be compared with a control sample on the ground, since many microorganisms carry out key functions in the soil, including the carbon cycle, nutrients and helps plants grow.

Finally, radiation doses is an investigation that uses various active and passive detectors that determine the nature and distribution of the radiation field inside the ISS, a comprehensive understanding of the space radiation environment could help scientists improve protections for the crew, as well as improve protections for military, nuclear plant workers.
These experiments will help humanity to improve itself and prepare for a future that seems inevitable every day, space exploration, and as it was said in Star Trek reaching the last frontier. 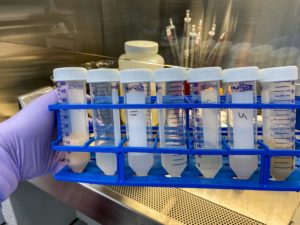 Newer The oldest solar system in the Milky Way
Back to list
Older NASA, SpaceX and Hubble
Close